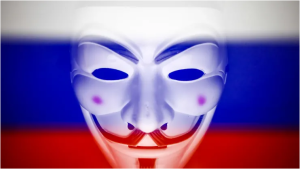 Russia’s military troops continue to hold their position around the capital of Ukraine, despite Putin’s promise of scaling back its army near Kyiv, Ukraine’s capital.

The head of the UK’s intelligence and security has spoken that Russian president Vladimir Putin had “massively misjudged” the condition near the Ukraine border. The advisors of the Russian leader are sacred to tell him about what actually is happening on the Ukrainian ground.

Meanwhile, on Thursday, Ukrainian officials said that Russia had agreed to open a humanitarian corridor for the people of the besieged Mariupol, which has been severely damaged by the Russian shelling, bombing, and firing.  The place is now facing a severe humanitarian crisis.

On the other hand, Russia said that two Ukrainian military helicopters made a strike across the border destroying an oil tank facility in Belgorod city. There was no immediate confirmation about the strike from Ukraine.

The Ukrainian official said that it regained some lost regions again. Several villages in the Kherson region have been restored by the Ukrainian army. Two sides are reportedly going to sit for a video conference. Still, there is no official confirmation.

The United Nations said that the relief convoy has failed to reach Mariupol so far as the southern port city is completely destroyed by weeks of shelling by the Russian army.

Russia will supply oil to the European countries only if they pay in Rubles. Buyers of Russian oil now need to open an account in Russian banks. The new rule of gas export will be applied from 1st April. Moreover, Russia also said that it will supply gases at their set volume prices.

36 days have passed since Russia invaded Ukraine. There is no cue of the war coming to its end.