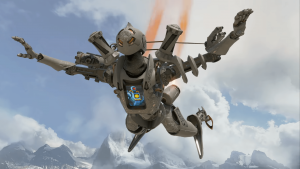 Since the time Apex Legends became a part of the online gaming fraternity back in February, it has gone through its share of ups and downs. The game released with rave reviews which again went down the curve of critical judgments leading to various additions and changes in the game. Respawn Entertainment has consistently kept their game rolling with new upgrades as a way to keep their fan base intact and satisfied.

Apex Legends Iron Crown Collection Event Premiers recently with new upgrades. Known as the Iron Crown Collection, this one introduced a temporary game mode, a successor of one of Apex’s popular Legends along with double XP scopes, new challenges, and an event shop that attracted many questions.

Lee Horn, the Project Management Director at Apex in his post for the Iron Crown Collection Event said that their creative and competitive objectives are set and that they have also introduced a three-player team and a limited edition experience with Solos.

Considering the long-standing requests from fans, in this mode, players can go into King’s Canyon by themselves. The Solos mode has been added to the game’s design graphics as a test run to see whether it has any future as a permanent inclusion.

The event also premiered with another feature known as Octane Town Takeover that converts King’s Canyon into what can be called an Octane-themed region for players to experience the much-anticipated Ring of Fire and the massive jump pad pathway as strategic elements to combat enemy squads with a stylish edge.

The new takeover stays in the map even after the event and as per Respawn Entertainment, if this strategic change of interacting with Legends works out with the fans, they might have bigger plans with it in the future.

Apart from the promising loots or the double gain XP against placing anywhere in the Top 5 ranks, players can also access an event shop but at the cost of critical controversy.

The various items offered by the shop can be bought with Crowns, a newly introduced in-game currency, collected through the Iron crown Collection Packs.

Apex said that the new collections are bringing to the table various limited-edition sets in the thematic backdrop of King’s Canyon. Gamers can choose from 24 themed availabilities to open Iron Crown collection Packs with a 50% spike at any Epic item and the same for a Legendary item.

2 of all the24 packs can be obtained during the gameplay but the rest costs a whopping 700 Apex Coins each that converts to about $7. Now to obtain all the packs, players will have to vent out above $150. However, the biggest catch here is that because of RNG algorithms, they might not even get the full functional benefits out of them.

Through the course of the game, the unlocking of the exclusive Bloodhound Heirloom Set requires players to open all of these 24 packs before they can further move forward with the purchase. As a result, the combined price comes at around $200.

An unprecedented and unjustifiable addition by Respawn Entertainment has attracted a lot of criticism especially from the players who are voicing their opinions regarding the exorbitant pricing and the complicated loot system in Reddit.

However, other creative enhancements of the game like Solos mode or other newly added features are being praised by the players. At the same time, players also wished for Apex to get back to track with good content without the exuberance of expensive game elements.

While many players have boycotted the purchasing availabilities, it is completely in the hands of the game team to decide its future events and plays.

The event for the Iron Crown Collection will be going on for two weeks, a good amount of time for players to go through and complete challenges, try out the new Solos additions, and horde on the collections of the game.