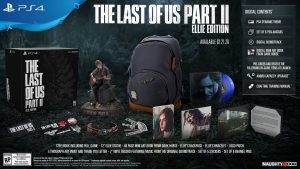 After keeping the fans awaited for more than a year, Naughty Dog has finally come up with the details and the release date of The Last of Us Part II. This highly anticipated game of Sony is scheduled to be released on PlayStation 4 on 21st February 2020.

Along with the release date, Naughty Dog also revealed a story trailer of the game, through which the fans got to see the first look of the game’s protagonist Joel. Sony also shared glimpses of gameplay from the recent event in which two new levels of the game were introduced.

In a Best Buy listing, The Last of Us part II rumored to be a two-disc game. One of these two discs is for installation just like Red Dead Redemption 2. The game’s co-creator, Neil Druckman recently stated that this game was their most ambitious project and that’s why it was released as a two-disc game.

Though the release of The Last of Us Part II won’t be as big as Red Dead Redemption 2, the size of the game file is similar. According to the media personals that attended the event, there is more than one way available to beat the enemies and complete the mission.