Dave Bedford, CEO Of Athletic Canada Is Retiring After The Sexual Tweets 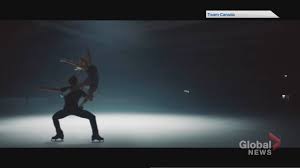 Recently there have been a lot of complaints against Dave Bedford, the CEO of Athletics Canada, due to his sexual graphic tweets.

After a lot of discussions with the sports authority, Athletic Canada announced that the CEO will retire as soon as possible. It is a mutual agreement between both parties.

As the social media activity of Dave Bedford was going out of hand and the complaints against him were coming to authority this was the only option left Athletic Canada. The authority had to delete the tweet and came to the decision by holding an emergency meeting.

Complaints against him were arising since the last Tokyo Olympics. There were a lot of inappropriate tweets coming from his Twitter handle but now it has become unnoticeable. So the authority had to come to a conclusion.

After the announcement of terminating Bedford, Mat Gentes, the chief operating officer has been selected for the designation for the time being.

The board has given a lot of chances to Bedford but nothing was worth it. In one tweet Bedford wrote replying to a woman’s tweet regarding oral sex, that ‘You are killing me girl. Don’t know whether to laugh or cry reading your tweets!’

Other than this he has made a lot of inappropriate tweets that make a direct impact on Athletics Canada.

On Wednesday the CEO made a Facebook post and announced that he is happily retiring from the post. He was semi-retired for quite a few months but he worked to mentor the staff in this period. Now he is finally retiring from Athletics Canada.